The winners have been selected for our Best Intranet Awards! In this post we profile the winner of the Most Impactful category, BOK Financial.

You might also like…
The best intranet for your bank
Learn how ThoughtFarmer can help unlock hidden potential.
50 Stats to help push forward your intranet business case
Arm yourself with the statistics for a solid intranet business case.
JD Bank
See how a bank used an intranet to transform their workplace communication.

This year, in our Best Intranet Awards 2018, we had a lot of amazing submissions that inspired us, entertained us, and opened our eyes to what was possible with ThoughtFarmer. Our clients entered their intranets into three categories: Design, Impact, and Innovation.

Today we are profiling BOK Financial. Apart from winning the most impactful intranet category in our Best Intranet Awards, they have an incredible story that we couldn’t wait to share. 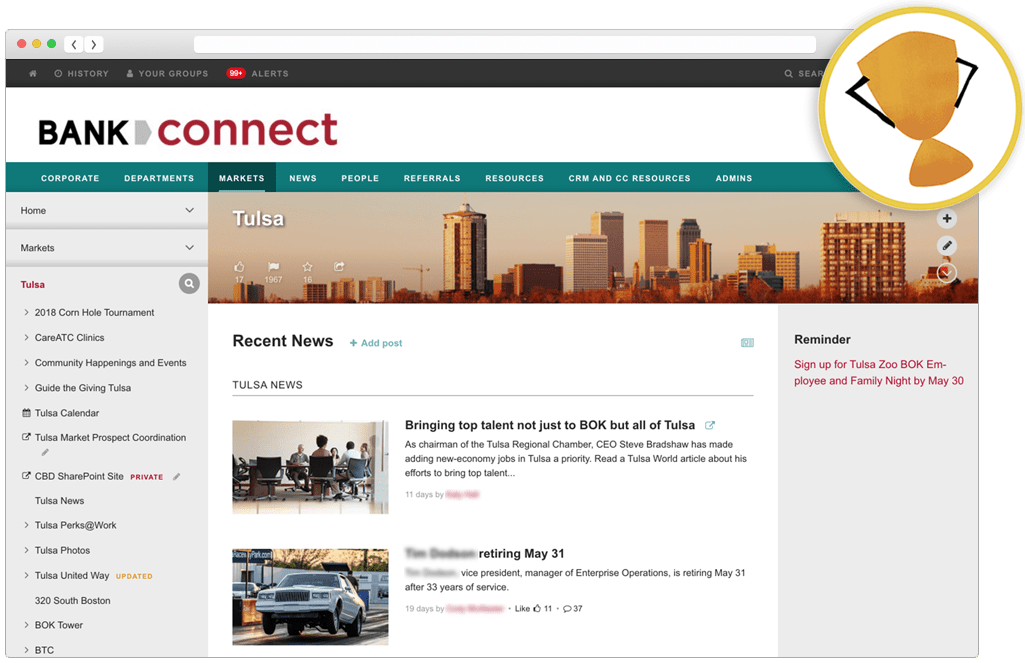 What would your organization do if a crisis impacted your ability to communicate with every single one of your employees?

It’s hard to prepare for the brunt of Mother Nature, especially with something as unpredictable as a tornado; but that’s what BOK Financial (BOKF) employees were forced to do last summer, when an unexpected storm hit their central office in Tulsa, Oklahoma. Immediately after the storm hit, employees were left without access to email, banking systems, corporate website, or their automated phone systems.

It all began in August 2017 when an F2 tornado struck the Tulsa area, blowing a retaining wall into a generator at the BOKF operations center. While Tulsa is located in Tornado Alley, a Tornado in August is rare. In fact, it was the first tornado to hit the area in the month of August since 1958.

The 30 billion dollar financial services institution was literally and figuratively in the dark in regards to their technology systems.

The financial institution did, however, have a way of communicating: through their intranet.

View our collection of award winning intranets in this guide. 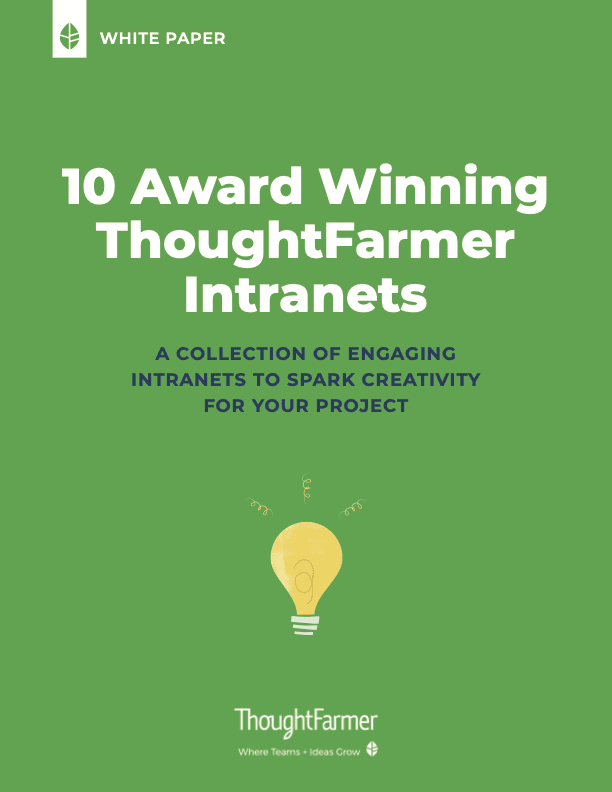 Just three months prior, BOKF had deployed ThoughtFarmer. Because it was hosted in the cloud, it was easily accessible to any BOKF employee through their mobile device.

BOKF created a news article within their intranet, which they named BankConnect, notifying all employees of the storm, and the impact on BOKF’s infrastructure. Employees were grateful for the continual updates, and even more thankful no one was injured. By the end of the day, all systems had been restored, and BankConnect had earned dedicated fans.

Intranets have long been successful at engaging employees and informing them on important news and events. In the case of the Tulsa storm, the ability to keep employees informed and updated during the storm was pivotal to the business continuity of BOKF. Is it any wonder why they won the most impactful intranet?

Less than two weeks after the Tulsa tornado, Hurricane Harvey hit the US Gulf Coast. With close to 300 employees in Houston, the devastating hurricane impacted many employees at BOKF. As soon as this happened, an alert was disseminated through BankConnect. It instructed employees to post an update letting other colleagues know they were safe.

BankConnect was also used to update employees on which BOKF branches were open, as well as to answer policy questions about inclement weather.

While BOKF expected their intranet to help them disseminate important information, they hadn’t anticipated the emergence of such a caring and connected community. By adding photos to their intranet employees could immediately see how their coworkers were affected, but more importantly, how they could help. BOKF was able to promote a disaster relief fund, where almost 600 employees donated more than $88,700 to their fellow Houston employees. 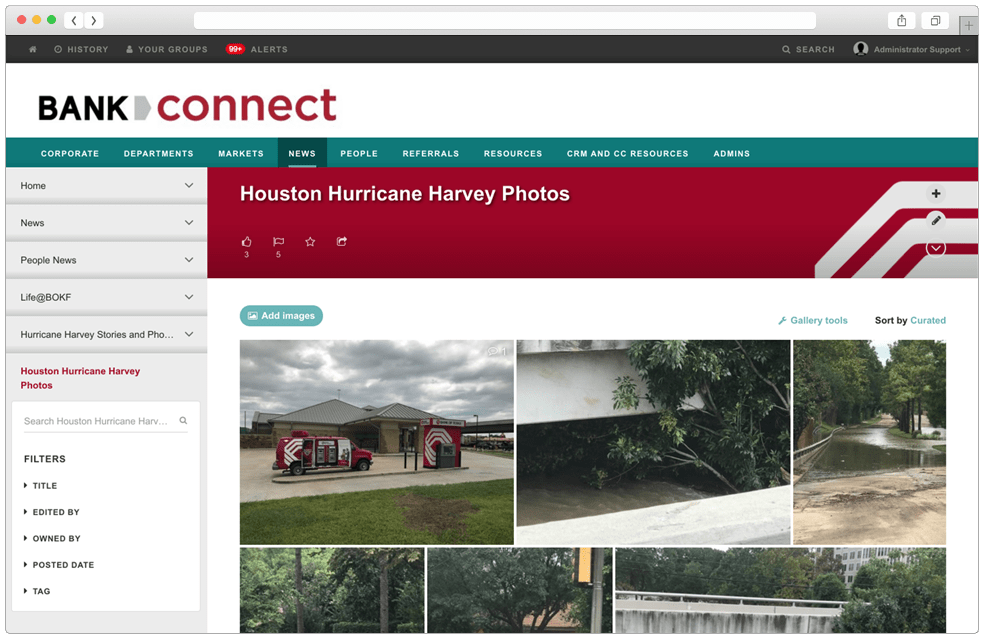 Thanks to their intranet, BOKF was able to turn a tornado’s impact into an inconvenience, rather than a major workplace disruption.

We are honored to present them with this year’s Most Impactful Intranet award, and we are so grateful they submitted their story to our Best Intranet Awards 2018.

View our collection of award winning intranets in this guide.

You might also like…
The best intranet for your bank
Learn how ThoughtFarmer can help unlock hidden potential. 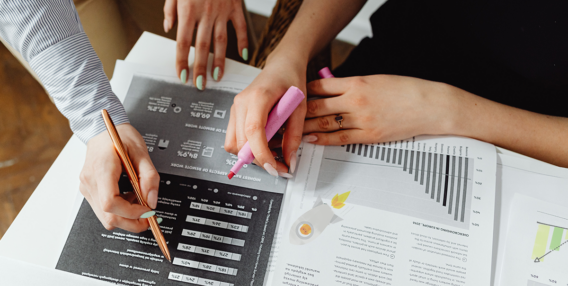