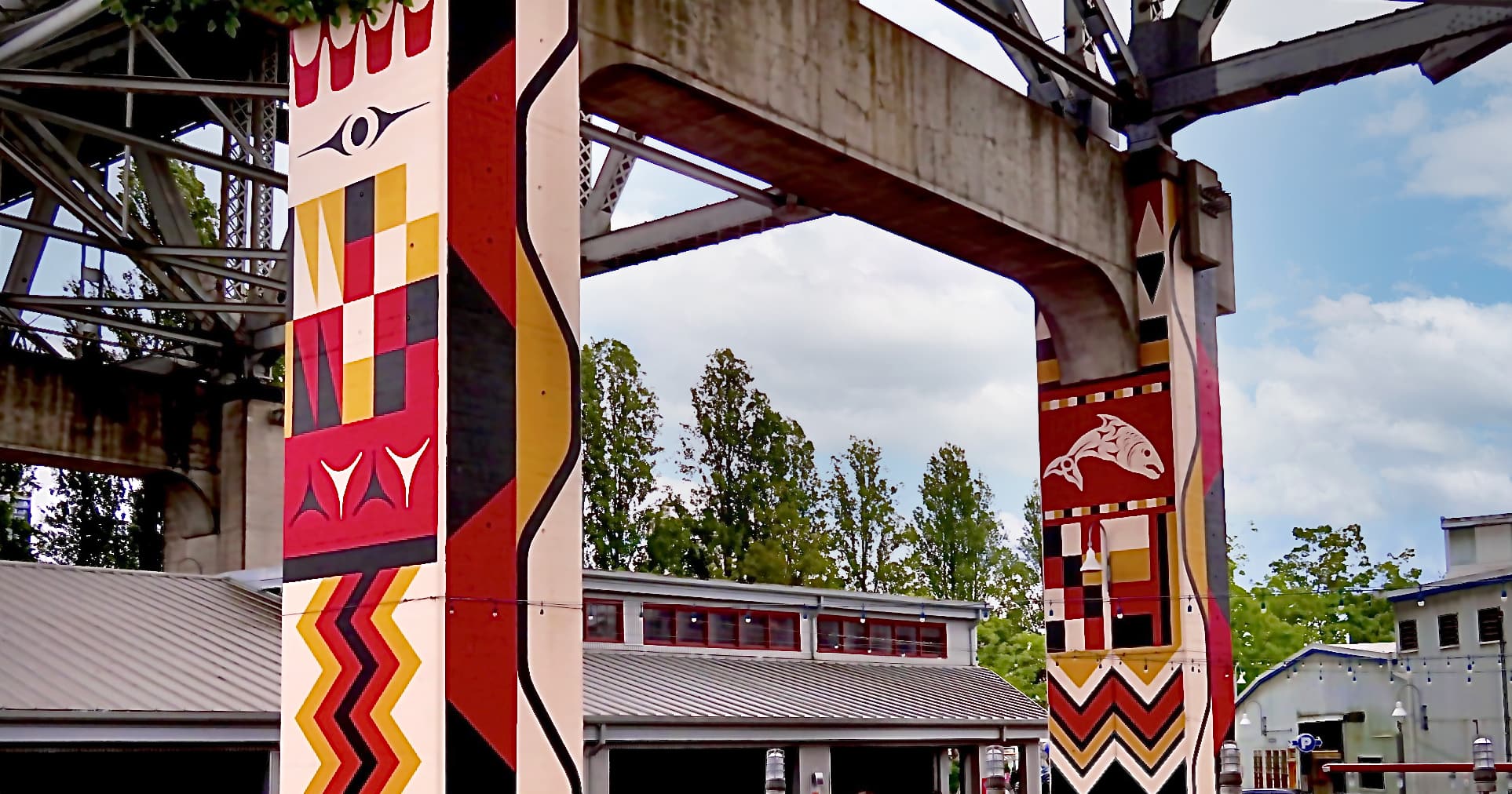 Reconciliation is not an Indigenous problem, it's a Canadian problem. Every Canadian needs to be aware of this very dark period of history and recognize that it has caused an intergenerational and ongoing impact, and find ways to support reconciliation.

You might also like…
ThoughtFarmer Honours Black History Month with Tribute to Hogan’s Alley
Learn about the rich history of this one vibrant district.
Ways you can recognize Asian Heritage Month
Learn about the history of Asians in Vancouver.
Our plan of action for an inclusive and anti-racist workplace
See the steps we are taking.

June is National Indigenous History Month, where we honour the history, heritage, and diversity of Indigenous people across Canada.

It is also a time to reflect and remember Canada’s dark history, and an opportunity to commit to reconciliation. But for many Canadians, the topic of reconciliation is still a bit of a mystery.

We hear the term, and we know some horrific things happened in the past. However, many of us are still confused at what reconciliation really means, what exactly needs reconciling, and what role we can play in reconciliation.

“Reconciliation is about establishing and maintaining a mutually respectful relationship between Indigenous and non-Indigenous peoples in this country. In order for that to happen, there has to be awareness of the past, an acknowledgement of the harm that has been inflicted, atonement for the causes, and action to change behaviour.”

Reconciliation is critical, complex, and continuous. It involves honouring treaties, acknowledging and respecting Indigenous rights and title, acknowledging the past, learning about Indigenous history, recognizing the inter-generational impacts of colonization, attempts at assimilation, and cultural genocide, It is the responsibility of every Canadian. Reconciliation is not a trend, a single gesture, nor is it about blame or guilt.

What happened in Canada’s past?

It’s not surprising that many people are unaware of the treatment of Indigenous people of Canada. Up until recently, it was not discussed within the education system.

The land that is now Canada was occupied for thousands of years by the Indigenous people of North America. Over the course of centuries, communities of Indigenous people maintained sustainable economies, sophisticated political systems, complex spiritual beliefs, and rich, vibrant cultures.

By the 16th century, as European settlers arrived, Indigenous people throughout North America were uprooted from their homes and villages, either through war, forced relocation, or threats of violence, and pushed into remote areas where they wouldn’t interfere with European colonization.

As the death rate for Indigenous people increased (due to the arrival of diseases like smallpox from the Europeans) and European immigration increased, Indigenous people were mistreated, mistrusted, and were relegated to subordinate status.

By 1876, the federal government of Canada enacted the Indian Act. It served to keep Indigenous people locked in a state of dependency with little to no control over their own affairs; in other words, the Indian Act was designed to suppress the cultural diversity of Indigenous people and instead assimilate them under colonial perspective.

What was included in the Indian Act?

The Canadian federal government believed that assimilation was only possible by legally abolishing all cultural practices. For example, the government enacted a potlatch law in 1884, which forbade cultural ceremonies of any type.

The government also forced Indigenous people from their lands and pushed them into reserves. For some Indigenous people, the land allocated to them contrasted with the type of land they had grown up harvesting. Meanwhile, Indigenous women who married non-natives lost their Indigenous status.

The schools were created as an attempt to educate and ‘civilize’ the Indigenous people of Canada. Indigenous children aged 5 to 16 were forcibly removed from their homes and communities and separated them from their culture. Speaking their native languages was against the rules, and those students caught doing so often faced horrible punishments such as being locked in closets or dark basements for days at a time, or being beaten with a belt. Many students also endured emotional, physical, and sexual abuse. The schools also frequently had poor and dangerous living conditions.

In 1914, Duncan Campbell Scott, a government official, acknowledged the conditions Indigenous children were subject to, stating “...fifty percent of children who pass through these schools did not live to benefit from the education which they had received herein.” However Scott did nothing to improve the conditions, and consistently failed to acknowledge and address the health needs of Indigenous children. Children were often underfed, sick, and many died. As reported in May of 2021, the remains of 215 children were discovered at the site of the former Kamloops Residential School in Tk'emlúps te Secwépemc First Nation territory.

The legacy of the IRS has contributed to social problems that continue to exist in communities today.

The government may have slowly begun closing residential schools in the 1950’s, but their involvement with Indigenous children was far from over. In what is known as the Sixties Scoop, children and babies were removed from their parents and placed in boarding schools or with non-Indigeous families. This process of removing Indigenous children from their families continued until the 1980’s.

What steps has Canada taken to acknowledge the past?

The Indian Residential Schools Settlement Agreement, the largest class-action settlement in Canadian history, came into effect in 2007. But for a lot of Canadians, the first hint of the atrocities children endured at the residential schools occurred in 2008 when then Prime Minister Stephen Harper delivered a statement of apology on behalf of all Canadians for the Indian residential school system.

One of the elements of the agreement was the establishment of the Truth and Reconciliation Commission of Canada (TRC) to facilitate reconciliation among former students, their families, their communities, and all Canadians.

Seven years later, in 2015, the TRC released its final report, which examined past wrongs to the Indigenous people of Canada. This report provided a detailed account of the experience of residential schools and the lasting effect they have had on Indigenous communities. Additionally, the TRC report outlines the steps that both the government and citizens of Canada must take in hopes of reaching reconciliation with Indigenous people.

The Truth and Reconciliation Commission hopes that by acknowledging past wrongs to Indigenous people in Canada we will all work together to ensure wrongs such as these never happen again, and that Indigenous cultures will continue to thrive.

The TRC report included 94 calls to action. These calls to action signified the realization that Canadians didn’t just have a role to play, but rather a moral responsibility to make amends for the past.

What can you do to play a role in reconciliation?

Reconciliation is not an Indigenous problem, it's a Canadian problem. Every Canadian needs to be aware of this very dark period of history and recognize that it has caused an intergenerational and ongoing impact, and find ways to support reconciliation. Here are some ways you can help support Indigenous people and play a role in reconciliation:

Learn about the history of the IRS

As mentioned before, many Canadians did not learn about Indian residential schools growing up. There are numerous resources and videos available that help Canadians understand the conditions Indigenous people endured in these schools, and the legacy of trauma that continues to linger today.

Learn about the history of colonization

Canada’s history is long and complex, particularly when it comes to the Indian Act. Check out Bob Joseph's book 21 Things You May Not Know About the Indian Act for further reading and understanding of the Indian Act.

Read a book from an Indigenous author

Learn the Indigenous names of where you live and work

A Vancouver-based web developer created a valuable resource, Native Land, to help better understand the complex history of the world and its lands' ancestral occupants. It’s an interactive digital map that shows which Indigenous groups resided in any given area centuries ago (or even to this day).

Indigenous arts and crafts are a reflection of the sophistication, diversity, and resilience of Indigenous cultures. Support an Indigenous artist in your area by purchasing or sharing their art.

You don’t have to remain silent when witnessing racial attacks. Bystander training helps bystanders understand how they can safely interrupt harmful situations and encourage more positive actions by others. This guide is an excellent resource on how to safely be a supportive bystander, following the 5 Ds: Distract, Delegate, Delay, Direct, and Document.

Listen and learn from an elder

The West Vancouver Memorial Library has launched a series of phone-in storytelling events featuring elders from the Squamish Nation.‘Dial-a-Story: Indigenous Storytelling by Squamish Elders,’ will run every Wednesday this month. Learn more by clicking here.

If you live or visit the Ottawa region, see the resting place of Dr. PH Bryce (Dr. Bryce is most remembered for his efforts to improve the health and living conditions of Indigenous people), and take part in a free educational tour that focuses on those who were involved with the Indigenous Community. Learn more by clicking here.

Travelling to Indigenous regions provides opportunities to learn about Indigenous cultures, contribute to vibrant, healthy Indigenous economies and communities, and gain intimate experiences that deepen your connection to people, land, and wildlife. Visit Indigenous BC for more information.

There is still much work to be done, but we are hopeful that through gaining knowledge and wisdom of Indigenous people, we can rebuild trust and success in finding new and respectful ways of thriving together. 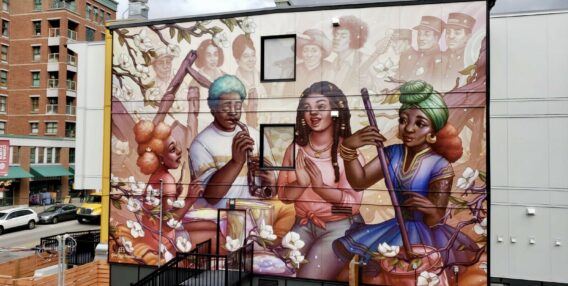 ThoughtFarmer Honours Black History Month with Tribute to Hogan’s Alley
Learn about the rich history of this one vibrant district. 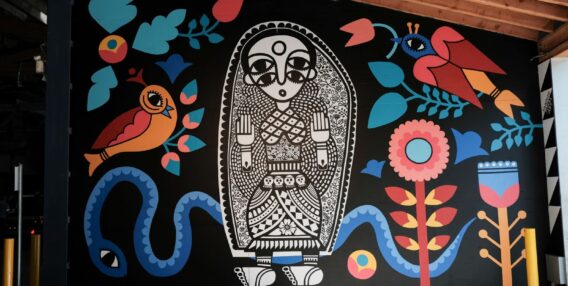 Ways you can recognize Asian Heritage Month
Learn about the history of Asians in Vancouver. 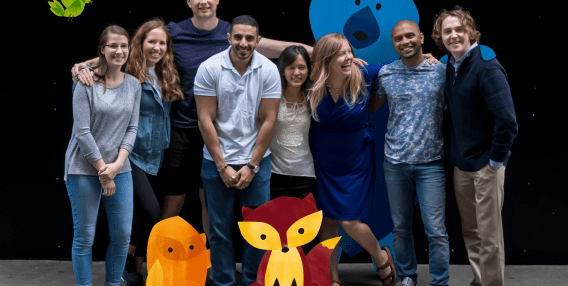