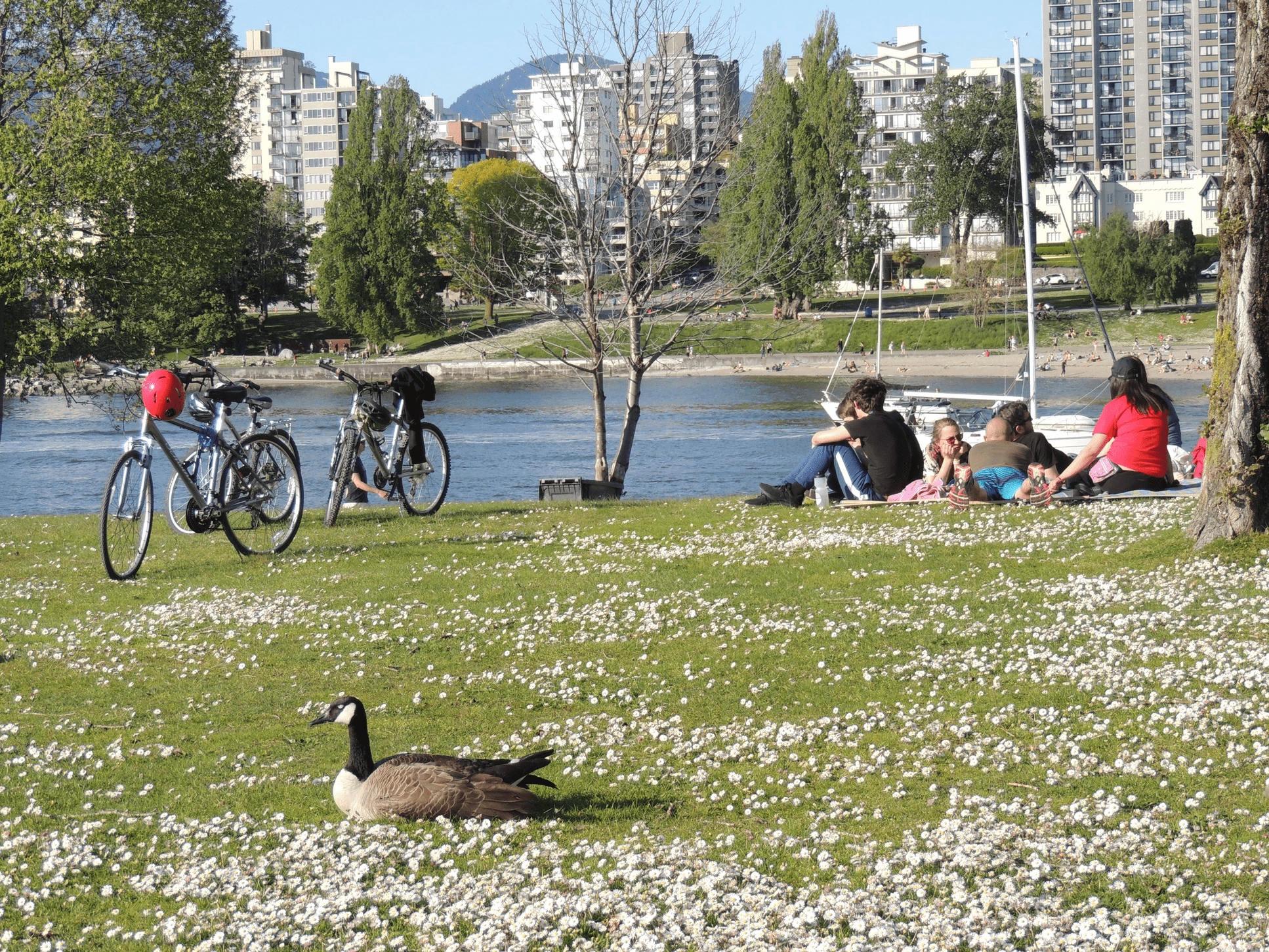 Every leader is facing the same threat, yet every leader is reacting differently. The success story in BC demonstrates how cooperation, communication, and leadership can have sweeping impacts.

You might also like…
5 ways a pandemic is reshaping communication
Waiting until something has happened is not an option.
How to create a coronavirus policy for your intranet
Tasked with creating a coronavirus policy? Here's what to include.
How to prepare for the rebound
20 intranet tasks to tackle right now.

The pandemic is far from over, but there is no doubt that some regions are doing a better job of flattening the curve than others.

Leading one of the best responses in North America is the province of British Columbia (BC). The Canadian province was one of the first hit regions on the continent, yet has managed to avoid any large scale outbreaks as seen in other provinces or US states. BC has also maintained one of the lowest COVID-19 death rates in North America.

In an otherwise bleak moment of history, the success story in BC demonstrates how cooperation, communication, and leadership can have sweeping impacts. Here’s how BC is rapidly flattening the curve:

The pandemic has evolved into a giant test of leadership. Every leader is facing the same threat, yet every leader is reacting differently. Some embrace science, some reject it. Some have turned daily briefings into a circus act, while others don’t hold briefings at all.

BC’s top politician, Premier John Horgan, has taken a back seat during the pandemic, instead entrusting the province’s top doctor to call the shots. Provincial Health Officer Dr. Bonnie Henry was quickly empowered to not only lead the effort but also to issue instructions, like ordering doctors and hospitals to take certain steps, and the cancellation of elective surgeries to free up hospital beds. It is also Dr. Henry, not the Premier, who leads the daily news briefings. Dr. Henry is no stranger to the science of pandemics. Prior to her appointment as the Provincial Health Minister, Henry worked for the World Health Organization and Toronto Public Health, where she played a large role in fighting SARS, Ebola and H1N1.

BC was quick to put science ahead of politics. Rather than a mass testing strategy, the province instead focused first on testing returning travellers, in combination with leveraging annual active influenza surveillance testing. While some governments embraced technology and police enforced lockdowns, BC stuck to traditional methods to curb the spread of the disease. As community transmission occurred, the testing strategy adapted to focus on those most vulnerable—the sickest, healthcare providers, long term care practitioners, and anyone immediately connected with an outbreak. This strategy continues to evolve.

Communication in a crisis is never easy—especially in a pandemic— yet BC has found balance between not stoking panic while also speaking truthfully of any dangers. The daily news briefings update the public on how many new cases, which health authority region they occur in, and current hospitalizations rates. These briefings often repeat the same information: wash your hands, keep a safe distance from others, and stay at home if you are unwell.

Dr. Henry also uses the briefings to clarify misconceptions, or to help people understand the complexity of some of the information presented. Speaking in metaphors such as, “A little brush fire can become a bigger fire and pretty soon you’re battling something that is out of control,” or “we’re all in the same storm, but we are not all in the same boat,” Dr. Henry continues to find new and creative ways to get important information to the citizens of the province.

A display of vulnerability

Dr. Henry isn’t afraid to be authentic and vulnerable. Early in the pandemic she publicly teared up during a news conference when she discussed the impact COVID-19 was having on families at long term care homes. It was a level of empathy rarely seen by public officials, yet one that quickly endeared her to her growing list of supporters. Her tone is clear, consistent, and simultaneously soothing. Even if her audience doesn’t quite understand her decisions, they know she’s got their back. There’s a high level of trust and confidence in her because of that empathy.

And if there was any frustration over those that didn’t comply with orders, Dr. Henry never showed it. Instead she reminded us that island travellers (and supposed rule-breakers) may have had specific reasons for travelling. Even when faced with tough and challenging questions, her demeanor continues to remain calm and respectful of different opinions. Every single news briefing also concludes with Dr. Henry’s now infamous mantra: Be kind, be calm, and be safe.

When the public are forced to sacrifice a lot, it is important that they are informed on all the information the decisions are based on. BC was quick to reveal public-health modelling data that was driving many of their tactics. It was a strategy eventually adopted by other jurisdictions. This level of transparency has helped the public adopt such measures because we understand why they are put in place.

There have also been frequent town hall meetings hosted by Premier Horgan, Dr. Henry, and Provincial Health Minister Adrian Dix. These public forums have helped BC citizens feel included in any actions taking place, rather than feeling like helpless bystanders.

As one political analyst said it best, “the language by Bonnie Henry and Adrian Dix continues to be positive, communal-based, focusing about what we owe to each other. The focus is constantly on what we should do — not what we shouldn't.”

The province of BC is vast with urban, coastal, rural, and remote areas. BC is also a multicultural province with representation from a variety of racial and ethnic groups, including many indigenous communities. Five different regional health authorities work to deliver health services to meet the needs of the population within their respective geographic regions. Early in the pandemic, these health authorities ensured hospital employees were prepared and on the lookout for any signs a patient might be positive with COVID-19. Once again the province led the way with rapid dispersed information available in multiple languages.

Perhaps the most impressive element of BC’s success was the intense cooperation from the political opposition counterparts. Provincial Health Minister Dix even went as far to praise his opposition for their cooperation. For outsiders, such a level of cooperation between a health minister and two official critics under a minority government may seem unusual, but just because someone is in opposition doesn’t mean they have less to offer. They all came together with a focus on saving lives, not scoring political points.

As mentioned, this pandemic is far from over but if there is something we can glean from this is a deeper understanding and appreciation for the role collaboration and cooperation plays, and how it can help us overcome any challenges that may come ahead.

The measures in place may be temporary, but the lessons learned are forever. 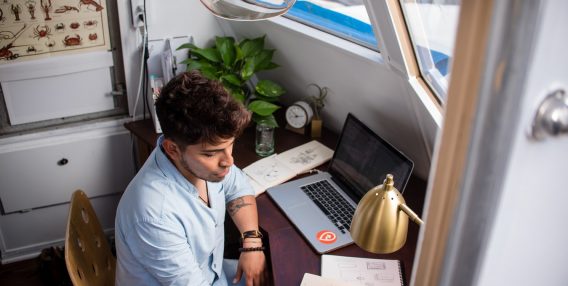 5 ways a pandemic is reshaping communication
Waiting until something has happened is not an option. 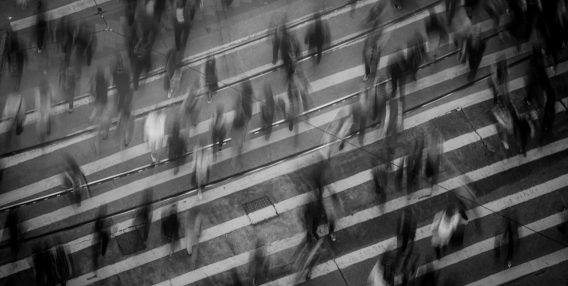 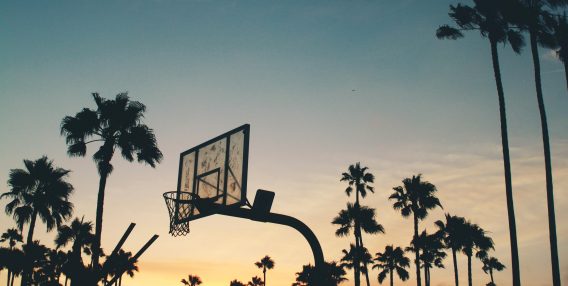