Our terms of service provides our users with a detailed understanding of particulars including intellectual property, security, privacy, warranty, service level agreement, and software support. 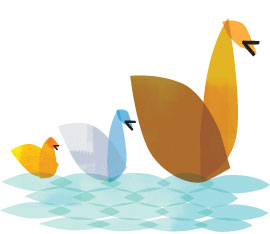 Subscriber’s license to ThoughtFarmer entitles Subscriber to designate a limited number of Registered Users (“Users”) to access ThoughtFarmer. Each User shall be assigned a login identification, which will include a username and password. All Users of ThoughtFarmer are subject to all the terms and conditions of these Terms of Service. Subscriber is responsible for all access to ThoughtFarmer by Subscriber's personnel or designated users, whether or not Subscriber has knowledge of or authorizes such use.

ThoughtFarmer is not responsible for compliance with Subscriber’s internal policies, regardless of whether it has notice of them.

Subscriber acknowledges and agrees that ThoughtFarmer, the interface to it (including without limitation data entry screens and reports generated by ThoughtFarmer) and all software used in connection with ThoughtFarmer contain proprietary and confidential information that is protected by applicable intellectual property and other laws. Subscriber agrees not to use such property, including without limitation trade-marks, patents and other intellectual property of ThoughtFarmer except as expressly authorized by these Terms of Service. Except as expressly authorized by ThoughtFarmer, Subscriber agrees not to modify, rent, lease, loan, sell, distribute or create derivative works or businesses based on ThoughtFarmer, in whole or in part.

ThoughtFarmer will maintain ThoughtFarmer at a reputable third-party Internet service provider and hosting facility, where commercially reasonable security precautions are taken to prevent unauthorized access to ThoughtFarmer. Subscriber acknowledges that, notwithstanding such security precautions, use of, or connection to the Internet provides the opportunity for unauthorized third parties to circumvent such precautions and illegally gain access to ThoughtFarmer and Subscriber’s Data. ACCORDINGLY, THOUGHTFARMER CANNOT AND DOES NOT GUARANTEE THE PRIVACY, SECURITY, OR AUTHENTICITY OF ANY INFORMATION SO TRANSMITTED OR STORED IN ANY SYSTEM CONNECTED TO THE INTERNET.

14. Disclaimer and limitation of liability

EXCEPT AS PROVIDED IN THE WARRANTY ABOVE SUBSCRIBER EXPRESSLY UNDERSTANDS AND AGREES THAT:

Upon the occurrence of any of the following events: (i) the other party materially breaches or defaults in any of the material terms or conditions of these Terms of Service, a failure to pay being deemed to be a material breach, (ii) the other party makes any assignment for the benefit of creditors, is insolvent or unable to pay its debts as they mature in the ordinary course of business, or (iii) any proceedings are instituted by or against the other party in bankruptcy or under any insolvency laws or for reorganization, receivership or dissolution, then the non-defaulting party may give the other party written notice of such default and an opportunity to cure the default within thirty (30) days after receipt of such notice (five (5) days’ notice for non-payment), failing which the non-defaulting party may cancel these Terms of Service without notice. ThoughtFarmer, in its sole discretion, may suspend Subscriber’s access to ThoughtFarmer during the cure period for non-payment.

Notwithstanding the foregoing and provided that Subscriber is not in default of these Terms of Service, upon termination and for sixty (60) days after that, ThoughtFarmer shall provide reasonable assistance to Subscriber in the migration of Subscriber’s Data. Subscriber agrees to pay in advance for all such services rendered. Subscriber shall pay ThoughtFarmer all other accrued and unpaid fees concurrently with giving notice of termination.

Neither party is liable for any delay, interruption or failure in the performance of its obligations if caused by acts of God, war (declared or undeclared), fire, flood, storm, slide, earthquake, power failure, inability to obtain equipment, supplies or other facilities not caused by a failure to pay, labour disputes, or other similar event beyond the control of the party affected which may prevent or delay such performance. If any such act or event occurs or is likely to occur, the party affected shall promptly notify the other, giving particulars of the event. The party so affected shall use reasonable efforts to eliminate or remedy the event.

These Terms of Service together with the ThoughtFarmer Proposal (Exhibit A) constitutes the sole agreement between the parties. Without limiting the generality of the foregoing, nothing contained on the ThoughtFarmer website www.thoughtfarmer.com forms part of the contract between Subscriber and ThoughtFarmer as evidenced by these Terms.

The parties agree that, both during and after the performance of their responsibilities under the Terms of Service, each of them shall (i) make bona fide efforts to resolve any disputes arising between them by amicable negotiations, and (ii) provide frank, candid, and timely disclosure of all relevant facts, information and documents to facilitate those negotiations.

Should any dispute arise between the parties that cannot be resolved by negotiation, whether during or after the term of the Terms of Service, concerning these Terms of Service or its interpretation or the respective rights, duties or liabilities of the parties, either party shall immediately give notice to the other party of such dispute. The other party shall reply to such notice no later than fourteen (14) days after receipt of it. If the dispute is not resolved within thirty (30) days, settlement of the dispute shall be referred to arbitration.

These Terms of Service may not be assigned by Subscriber without ThoughtFarmer’s consent, such consent not to be unreasonably withheld.

A. Hours of coverage

All incidents are to be reported via: http://helpdesk.thoughtfarmer.com.

All phone calls must be followed up with a ticket filed on the issue tracking system at http://helpdesk.thoughtfarmer.com.

All support and maintenance incidents/requests for service will be prioritized on the following basis:

Response and Closure times are measured from the time of ThoughtFarmer's receipt of written or electronic notice of the issue.

Emergency (A): Catastrophic product or module failures that do not have a viable detour or workaround available. Catastrophic failure shall be deemed to include failures that cause an interruption of service or seriously impair the functionality of ThoughtFarmer (e.g., loss of use of major features, file system corruption, data loss, security issue, system outage).

Critical (B): Problems that have been substantiated as a serious inconvenience to Subscriber due to issues or features of the product preventing normal operations. This includes any priority A failures for which a viable detour or workaround is available. Convenience and performance are materially impacted.

Non-Critical (C): All other non-critical problems which Subscriber can easily avoid or detour for which there is no urgency for a resolution. Slight inconvenience.

ThoughtFarmer staff acting reasonably will determine an issue’s priority classification. A resolution may not be available at the time ThoughtFarmer responds to Subscriber, in which case ThoughtFarmer will attempt to estimate the “time to resolution".

Response consists of providing, as appropriate, one of the following to Subscriber: an existing correction; a new correction; a viable detour or work around; a request for more information to complete analysis of the problem, or a plan on how the problem will be corrected.

Closure consists of providing a final correction or work around of the problem including modifications of the Software and, to the extent reasonably possible, revised or new documentation as necessary, it being understood that documentation may be completed after the applicable closure date.

For non-critical requests, ThoughtFarmer may, in its sole discretion, choose to not resolve the request.

ThoughtFarmer guarantees that ThoughtFarmer will be available 100% of the time in a given month, except for any outages due to scheduled maintenance, software customizations made by Subscriber, or outages beyond the control of ThoughtFarmer.

All Service Credit claims must be submitted via email to helpdesk@thoughtfarmer.com. You will be assigned a ticket number and the claim will be reviewed within 10 business days. Claims for Service Credits must be received within fifteen (15) days following the end of the month in which the SLA violation occurred. Upon application for a Service Credit, ThoughtFarmer will notify Subscriber following investigation of the application. If rejected, the notification will specify the basis for rejection. If approved, ThoughtFarmer will credit your account by the appropriate amount.