We work hard to make simple yet powerful software 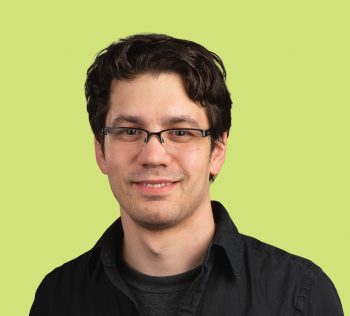 As a Software Development Manager, Tyler’s skill set is diverse, covering both backend and front-end development, database architecture, and game development. With an educational background in user experience and user interaction design, Tyler’s work helps bridge the gap between design and development. His work often focuses on prototyping, where he works closely with the design team to solve unique problems.

Prior to joining ThoughtFarmer, Tyler worked at a cutting-edge digital agency with a range of clients including the BC Dairy Association, National Film Board of Canada, and the Law Society of British Columbia. As a part of his role there, he worked heavily with developing cloud-based applications and running cloud-based servers. His work has been recognized by the Microsoft Developers Network and has been prominently featured within the Flash developers’ community.