Nice to meet you! Let us introduce ourselves

Welcome to our one-stop shop for all of the resources you might need to write about ThoughtFarmer. 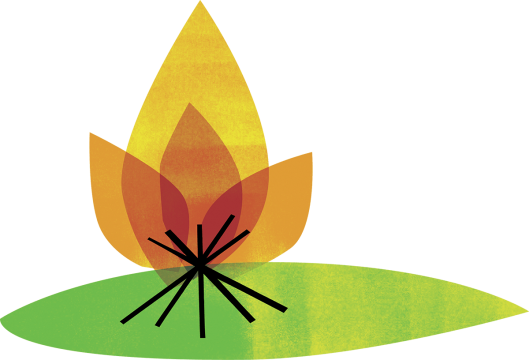 ThoughtFarmer is social intranet software for the vibrant workplace — it’s like a mix of CNN, Wikipedia, and LinkedIn that makes sense for companies to use internally. ThoughtFarmer differs from other intranet, portal, and SharePoint solutions by focussing on ease-of-use and ease-of-navigation, resulting in vibrant intranet where every employee can contribute content and find resources. Founded in 2006 and based in Vancouver, BC, ThoughtFarmer pioneered the term ‘social intranet’ and continues to innovate at organizations around the world, including Canadian Medical Association, Fokker Aerospace, Guardian News & Media, National Film Board of Canada, Oxfam, USDA, USGS, IDEO, and Cummins.

See this 2-minute video on “Social Intranets: How Your Company Can Benefit.”

Want awesome examples of internal communication, collaboration, and community for your next presentation, webinar, or article? Contact us and we’ll send you a micro-case study deck (available on powerpoint or keynote) with 15 awesome intranet examples.

“A hybrid approach aims to provide an optimal balance of productive work with reduced stress and less commuting. But will it work? And is this really the future of work?”

July 19th, 2021 —Case Study: How CM Group used an intranet to unite their employees around the world

“How can you ensure that everyone is on the same page and united with the same vision after a merger? If you ask the team at CM Group, it’s a universal intranet with the modern tools and integrated functions that makes working together a breeze.”

“The early days of the pandemic may have been chaotic for some organizations, but there is no denying that the tools and resources exist to facilitate remote or hybrid work environments.”

“Defining the right intranet metrics makes it easy to determine and measure success. It also makes it so much easier to calculate a return on investment (ROI), which will inevitably please your leadership…”

June 6, 2016 — The Secrets to a Successful Flexible Workplace

“When establishing a new culture of flexible work, take an internal poll to discover what your employees value the most in terms of flexibility. This will help set some corporate guidelines, but remember…”

FEBRUARY 19, 2015 — When merging businesses, how to keep your best people from leaving

“When a company is acquired, even if there is no significant impact on people’s jobs, the number of actively disengaged employees increases by 23%, according to a recent study by HR consulting firm Aon Hewitt. It takes three years…”

“McGrath explained that, during a merger or acquisition, the “Number one thing is communication. You can’t possibly over-communicate. Your goal is to win the hearts of employees so they truly embrace the merger.”

JANUARY 26, 2015 — Digging into statistics can sometimes help you strike gold

“Upward of 80% of mergers don’t meet their financial targets, while 50% lose value,” he observed. “There isn’t any software that helps companies deal with what comes [on the people side] after.”

NOVEMBER 18, 2014 — Ask the experts: Companies’ goals should align if M&A is to succeed

“As soon as a merger is announced, companies need to communicate constantly to manage change. Due to the complexity involved in the financial, legal and administrative aspects of closing an M&A deal, most executives forget about crafting a communications plan until it’s too late…”

“ThoughtFarmer is a long favorite of mine. A Canadian company, it provides an out of the box social intranet on a Microsoft technology stack, either on premises or in the cloud…”